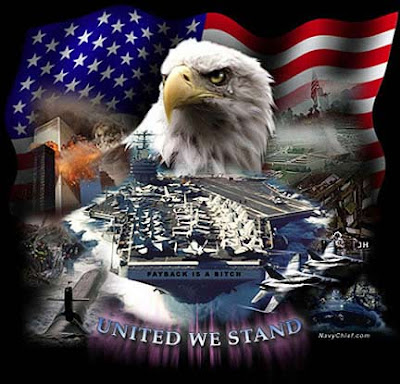 My son John is in boot camp at Great Lakes, Ill with the Navy. He is in Div 259 Ship 10. He is allow to write home Sundays and the letters will arrive here on Thursdays. Here is a small part of what he said last week in his letter.

Just got the first letter from John and he asked that I post this part on here for him.

"So far things are not too bad. The first day was really boring, we just mainly sat around and waited. At one point one of the Petty Officers forgot about my division ( which consisted of 88 people, now 87 ) and left us waiting in the hallway for two hrs. So far there has not been any physical training, that wont start until after the processing days ) I had to stand watch last night ( Saturday night ) from 3am-4am it wasn't that bad it gave me more time to study."

He called several days ago after he wrote the letter and said that things were still going well. He had a lot of dental work done. They are going to break his jaw and reset it and give him braces. He had several teeth pulled this last week. He said to tell his friends to write him. He said that the running was not that bad but the marching hurt his feet. His boots are the wrong size and he is going to exchange them.

We should get more letters today. He went into Boot Camp June 14th so this is two weeks so far. :) Having a daughter that just went through it makes is much easer. (Update, he was too busy and couldn't write that week and the next weeks letter got lost in the mail for several days )

If you want to write John at Boot camp just let me know and I will give you his address. :)

Here is a link to two videos that I posted earlier that show some of what they do in Boot camp with the Navy.
Posted by John at 7:05 AM